As tensions rise in the border Ukraine’s borders, Jews are getting ever more apprehensive about the outcome of the diplomatic crisis with Russia. Home to about 15.000 Jews, Ukraine has been notorious for its anti-Semitic behavior throughout history. For more than 3 months, the Russian government has been amassing forces at the Ukrainian border. The pretext has been the fact that NATO has also been entrenching itself near Russian territory, even to the point of welcoming Ukraine in its midst.

Currently, about 130.000 Russian soldiers are settled on Ukraine’s three sides’ borders. The risk of war moves closer every day. Ever since Russia’s invasion of Crimea, Ukraine in 2014, expectations have changed fundamentally as to what it is able to do, says Tzvi Arieli, an Israeli who’s been living in Ukraine said. Throughout these years, Arieli has been training self-defense to Jews. While Arieli has been disappointed at Israel’s lack of action, the truth is that the Knesset has been taking steps to prepare for a mass exodus from Ukraine, and working to bring Jews to the Holy Land as fast as possible as it urged Israelis to leave as soon as possible.

Jews have been living in Ukraine for a very long time. Many Chassidic rebbes such as the Ba’al Shem Tov, Rebbe Nachman of Breslov, and Rabbi Levi Yitzchak of Berditchev have also established big communities there. Nowadays, Ukraine is home to about 300.000 Jews, mainly in Kiev and Dnipro. However, recently, Jewish leaders in Ukraine have been making preparations for supplies and safe havens outside big cities in case war breaks out.

News has been circulating that, with the current developments, Russia is about to invade Ukraine. Fueled by the US government rhetoric that an invasion could come at any time and that Putin was bent on conquering the countries from the old USSR, Jews Ukraine have been hunkering down for war, some of which have already left the country. This comes in line with the fact that the US State Department evacuated most of its embassy staff from Ukraine. It has also issued a stern warning that all American citizens leave as soon as possible.

Chief Rabbi Yitzchak Yosef from Israel wrote a long, heartfelt, and warming letter to the Jews of Ukraine, as the risk of conflict was high. He blessed the Jews of the foreign lands and said that only God can predict the outcome of events. However, in the last paragraph, he urged all Jews to come to Israel as soon as possible given that the danger increases every day. In his own words:

And even so, it is incumbent upon each and every Jew who fears Heaven in all the foreign lands to make an effort and hurry to migrate to the Holy Land and make Aliyah to Israel and not, delay any longer under any circumstances, and to speed up acquiring a plane ticket, and Hashem Yitbarach who feeds and sustains all will give you help from Heaven for a good residence, and good settlement, sustenance and food.

The situation is definitely not easy for anyone, especially for Jews in Ukraine. The Jewish people have sadly has gotten used to being in perilous situations and facing the dire need to abandon their homes on the spot. It’s truly scary to see that happening nowadays and that is surely an incredibly difficult decision to make.

Whether you are in Ukraine or elsewhere in the world, Aliyah Paveway is at your service to help you come to Israel at a moment’s notice. And, of course, we keep everyone in our prayers for their safety. 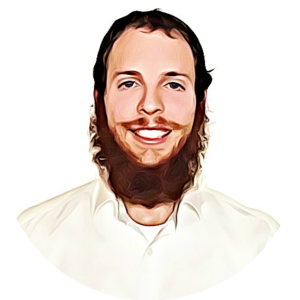